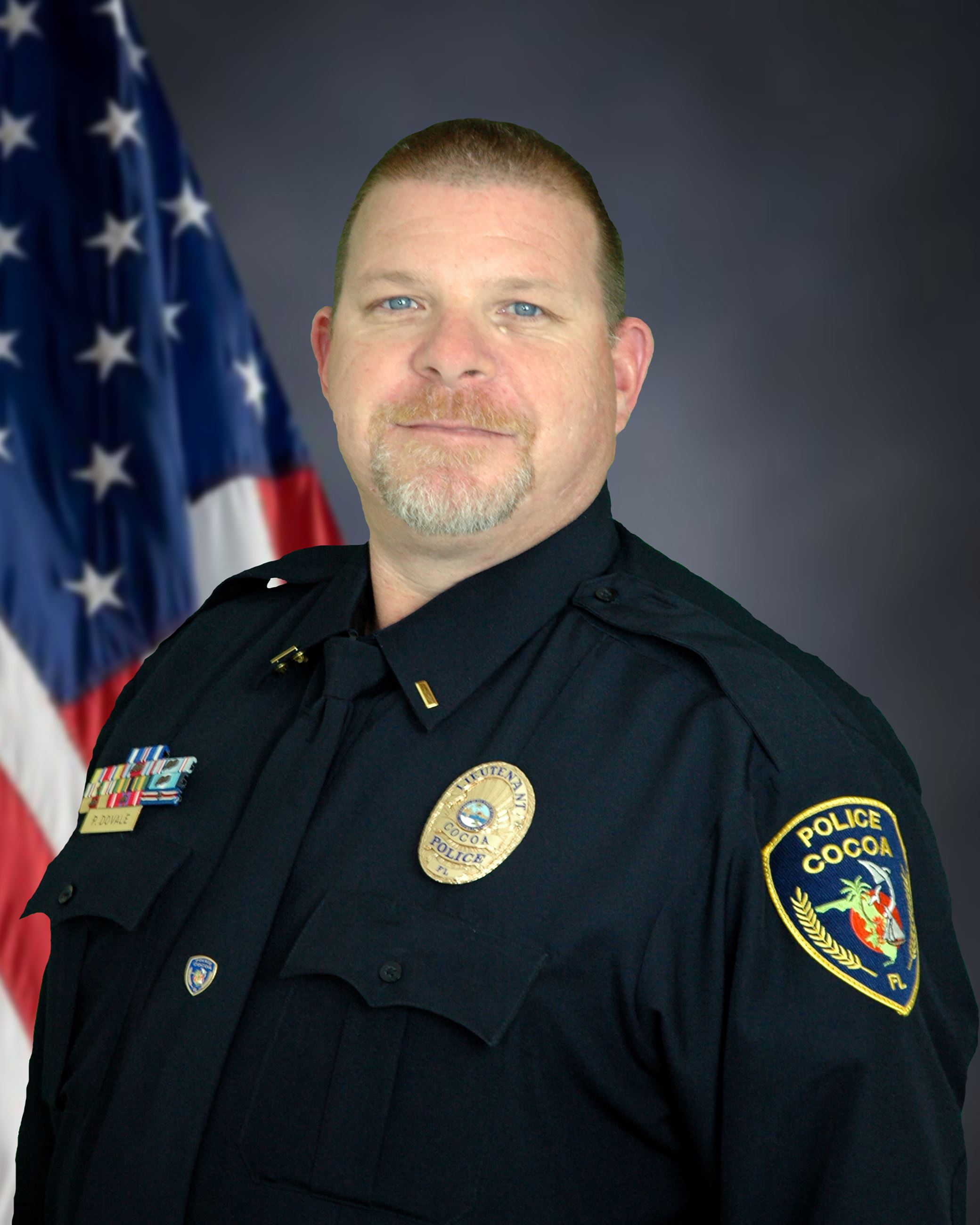 Commander Dovale manages the Professional Compliance division of the police department, which encompasses internal affairs investigations, audits, response to resistance reviews, citywide internal investigations and policy and procedures review and compliance among other administrative duties.  Commander  Dovale also manages the Criminal Investigations Division which includes detectives and the Special Investigations Unit.  In addition he is responsible for overseeing Property and Evidence, Crime Scene and the Victim Advocate.

Commander Dovale joined the Cocoa Police Department in 1997 as a patrol officer after receiving his certification in criminal justice from Mid Florida Technical College in 1995. Commander Dovale served in various positions including K-9 officer, detective and criminal investigations. Among his more noteworthy accomplishments, Commander Dovale was awarded the department’s Combat Cross for his role in stopping an active shooter who barricaded himself in his home on Hightower Street in 2000. The suspect fired several rounds at officers before he was wounded and subsequently arrested. More recently during his duties as a patrol sergeant, Commander Dovale assisted with the rescue of three pit bulls trapped in a storm drain. The rescue captured international attention and earned the department a “Compassionate Police Department” award from PETA (People for the Ethical Treatment of Animals) Commander Dovale says he hopes to continue and improve the mission of the Professional Compliance division by raising the level of transparency and accountability by which it functions.