EMERGENCY ALERT Monitoring Requirements Not Met Read On... Click here to see all active City of Cocoa alerts Read On... 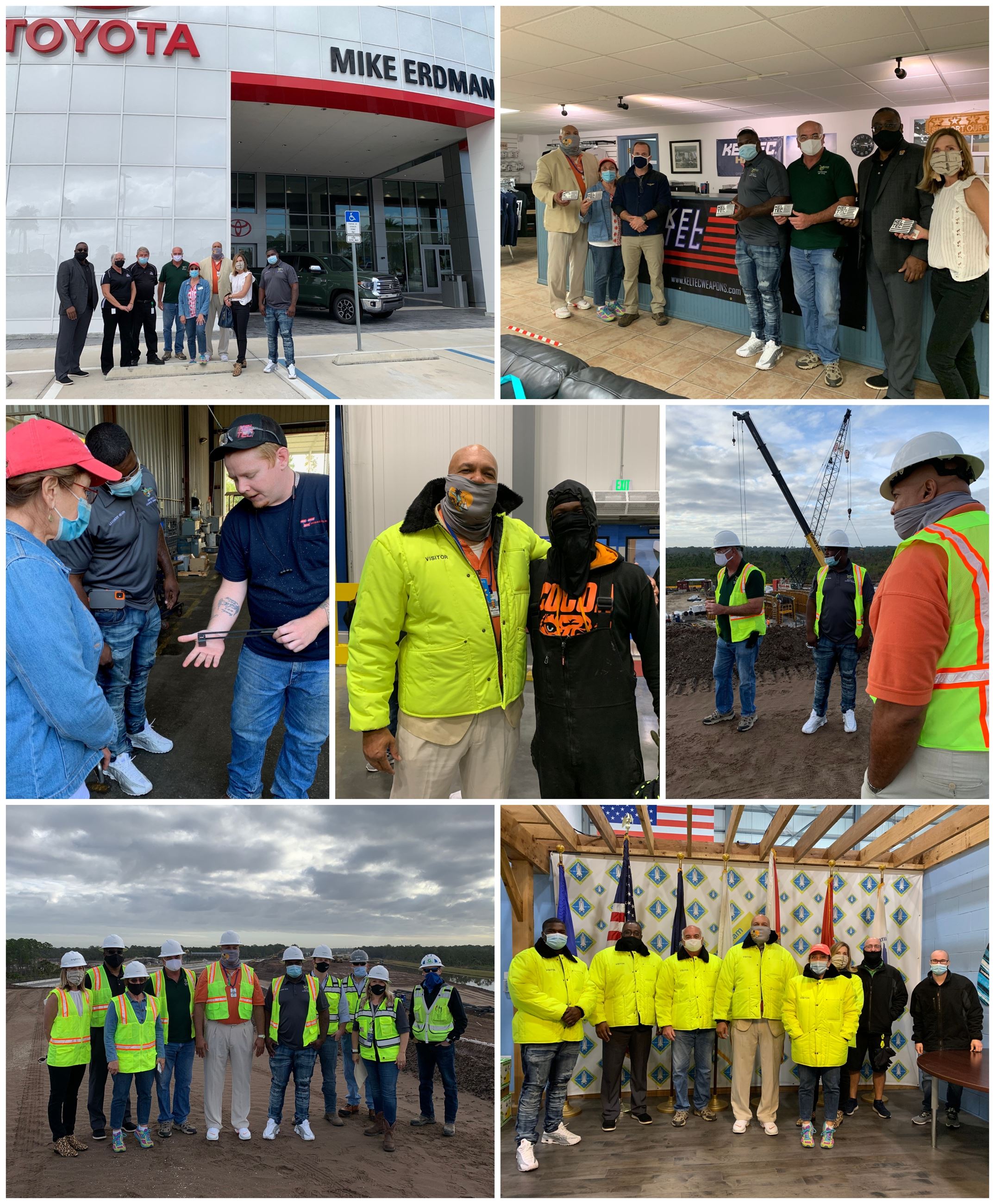 Mayor Blake and members of Cocoa City Council had the opportunity in January to visit with four local Cocoa businesses. The tour included a visit to the Brightline construction sites, Walmart Distribution Center, Mike Erdman Toyota and Nissan and KelTec CNC Industries.

At the Brightline sites, Council was able to see the progress that is being made on the high speed rail from Miami to Orlando including the innovative box jack system that will be placed in the underpass underneath SR 528 near US1.

The next stop was the Walmart Distribution Facility where Walmart staff gave a tour through the center including their freezer facilities. Council learned of the new plans to distribute for Sam’s Club out of that facility.

Next was a tour of the Mike Erdman Facility on I95and SR 520. This facility houses thousands of new and used vehicles and includes many opportunities for the community to come out and utilize the facility including a gym and putting green. Finally, Council visited KelTec CNC Industries and learned the process to produce and manufacture a number of different firearms. KelTec also has a number of Cocoa High School graduates working at their facility.

Overall this tour gave Council an opportunity to learn more about some of the largest employers in Cocoa.

Report a Concern
Report Your Concerns